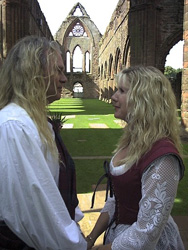 Michael McClanathan’s Scottish heritage is an integral part of his identity. This Celtic tradition was passed along to his son Wheaton McClanathan who now manages Claymore Imports full time. Although they currently reside in northern Scottsdale, their history can easily be traced to the Western Isles of Scotland. From Scotland, the McClanathans made their way to Canada and eventually to the United States where they spread the Celtic tradition to the Great Lakes State of Michigan.

An amazing thing happened when Michael’s father “Mac” and some of his friends began the MacGregor Pipe Band. The traditional music captivated young Michael who became one of their bagpipers at the age of 10. Michael’s dad played the bass drum and they would march together, solidifying a tradition that would be carried on for generations to come.

Scottish style has permeated the McClanathan’s lives. In 2004 Wheaton marched in step with the Scottish tradition of being married in a formal kilt outfit. 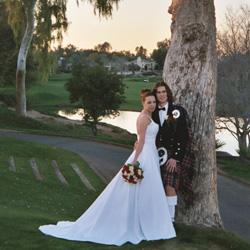 Although his kilt outfit was strikingly sharp, fashion wasn’t the point. He was accessorized by the invaluable ornamentation of tradition. The most obvious manifestation of his heritage was a plaid brooch of his late grandfather which bared the insignia “OSC” (Order of the Scottish Clans). Wheaton’s grandfather was a past chief of the Clan MacGregor and a Royal Deputy. 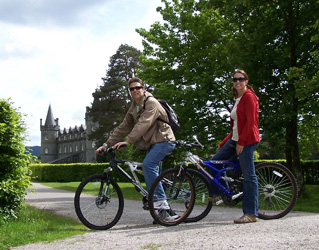 In 2005 a career opportunity relocated Wheaton and his wife to Glasgow, Scotland. They entered

into a season of incredible blessing and unique opportunities. The young couple planted themselves in Glasgow’s West End, and began enjoying a new lifestyle characterized by taxi cabs, endless rain, and deep friendships that would last a lifetime. Calvary Chapel, Glasgow became their interim family while there and continues to be a source of strength and community in their lives to this day.

In 2008 with a dramatic mix of emotions, Wheaton and his wife moved back to Phoenix. There sadness was however immediately overshadowed by news of their first born son. They found out their first day back. God bless America! Wheaton began looking forward to the day when his son will march with him in step to the ancient sounds of pipes and drums. The McClanathan legacy barges forth! 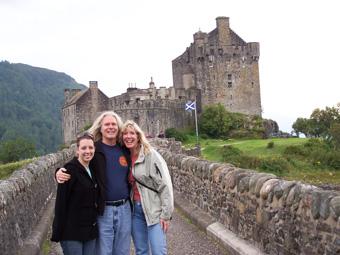 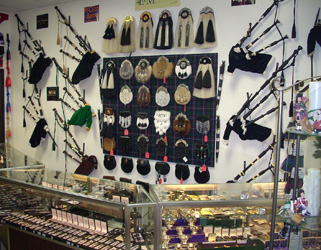 Inside of Claymore Imports

In 1998, while playing with a local Arizona pipe band, Michael decided that it was time for Arizona to have a local Scottish supplier that would service not only the local pipe bands but anyone interested in Scottish made goods, including Scottish kilts rentals and accessories. The idea of Claymore Imports became a reality and Michael started importing bagpipes and supplies from Scotland.

While researching the few shops offering men’s kilt rentals that were around in the late 90’s, Michael noticed that his competitors showed their rental price, however it was not the complete outfit. These shops that provided rentals charged an extra fee for a tux shirt, tie, kilt hose & shipping. He also noticed that (at that time) none of the shops offered authentic kilt shoes for rental and simply offered kilts for men only.. Michael decided to make the kilt rental process easy. He was the first to offer a complete package for one price with no hidden fees, head to toe coverage, which even includes cuff links & shirt studs.

After 6 years of operating Kilt Rental USA in tight quarters, the business moved to a large retail store near the Scottsdale Airport. This new retail location made it possible for Kilt Rental USA & Claymore Imports to display their whole inventory of Scottish-made kilts, bagpipes & accessories, including inventory for men, children and more. .

NOW YOU KNOW OUR STORY.

REPRESENT YOUR STORY WITH YOUR FAMILY TARTAN!

Don't miss the BargainsSign up to be notified of promotions and events! Click on the banner to enter our Sweepstakes